If the sights and sounds of the trek up Mount Kilimanjaro are not humbling enough an experience, the stories of the climbers that have walked along the same trail as yourself are ones that will definitely move you. People find the climb of significance for a myriad of reasons, and the record of those that have made the historic climb is filled with tales of struggle, determination and victory. 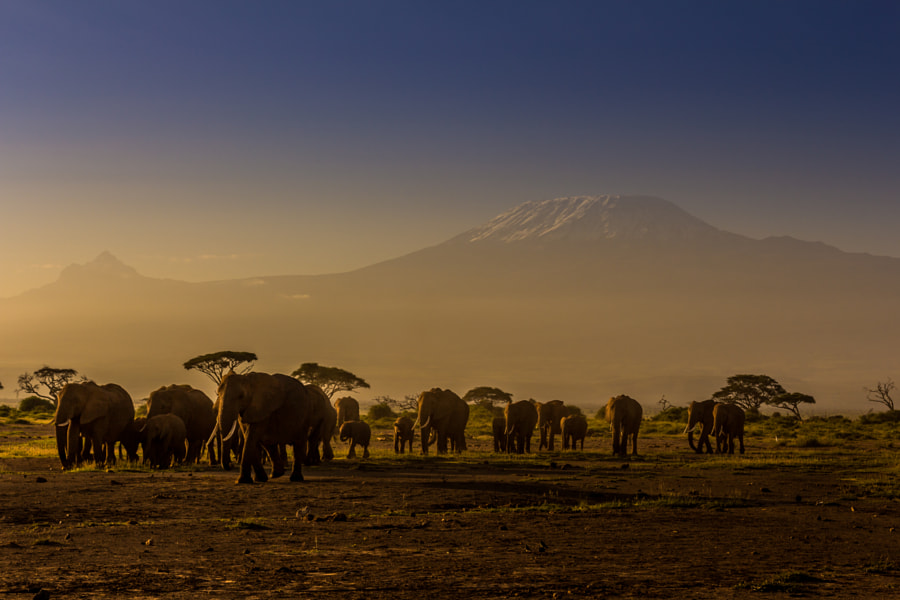 Between 1861 and 1889, a series of different explorers ventured their way up Mount Kilimanjaro, but returned unsuccessfully. German officer Baron Carl Claus von der Decken and British geologist Richard Thornton turned around after 2,500 mt. Another attempt was made when Von der Becken tried again the next year, reaching 4,280 mt. The summit was reached only in 1889 when Hans Meyer, Yoanas Lauwo and Ludwig Purtscheller after which it’s official height was recorded.

The youngest person to make it to the top of the peak is actually a 7 year old child that was hauled up by Keats Boyd in 2008. Not only is it an achievement that he made it up there, it is even greater considering the fact that the official age to climb the mountain is 10 years of age. Leave alone the fact that some rules were broke, it would make for quite an unbelievable climb. But the youngest official climb is that of Jordan Romero who was just 10 years and 11 days old when he climbed the peak in 2006. The record for the oldest person to make the summit has just been broken this year! It used to be held by a couple that was 85 years old, but was broken by Dr. Fred Distelhorst on 22 July this year at the age of 88 years!

What also makes Mount Kilimanjaro such a historic climb is the significance it holds in the minds of so many people. People have often made the journey as a sign of overcoming adversity – some really poignant tales. Kyle Maynard became the first quadruple amputee to climb the summit without any prosthetics. Not only this, the climb was made to raise awareness about the US Military veterans and the range of challenges they face in continuing life after serving for their country. Soon after, Chaeli Mycroft became the first female quadriplegic climber to complete the climb up to the summit when she did it in 2015. Mycroft used a special wheelchair along with a specially made temperature controlling onesie that covered her externally. While being an activist who works in raising awareness about ability levels of people with disabilities, doing the entire climb on the wheelchair at 20 years old is quite an achievement in itself.

Not only this, Mount Kilimanjaro has also been part of popular culture with so many unknown facts, one of its most famous mentions by Ernest Hemingway who based his story The Snows of Kilimanjaro on the mountain. Other than that there have been quite a few famous celebrity climbs that have brought Mount Kilimanjaro in the limelight every now and then. One of the more memorable ones was when the summit was climbed in in 2009 for Comic Relief where celebrities like Ronan Keating and Cheryl Cole climbed the summit in 2009. The aim was to raise awareness and money to treat the outbreak of Malaria which was an epidemic in Tanzania. While all of the climbers reportedly suffered altitude-related injuries, the entire event raised just about a million pounds – all of which went to the great cause of treating Malaria in Tanzania.

The diverse number of ways in which the climb of Mount Kilimanjaro is used as a significant achievement, as well as the meaning in serves in the general global community is one that adds an immensely humbling feel to the entire climb, as one realizes the number of occasions the climb has been used to signify victory over challenges and issues in life and society!

This site uses Akismet to reduce spam. Learn how your comment data is processed.

I am Sai, a traveler and a blogger. Although I have been travelling for the past five years, it is nothing compared to how many more years I still want to spend travelling.(more)